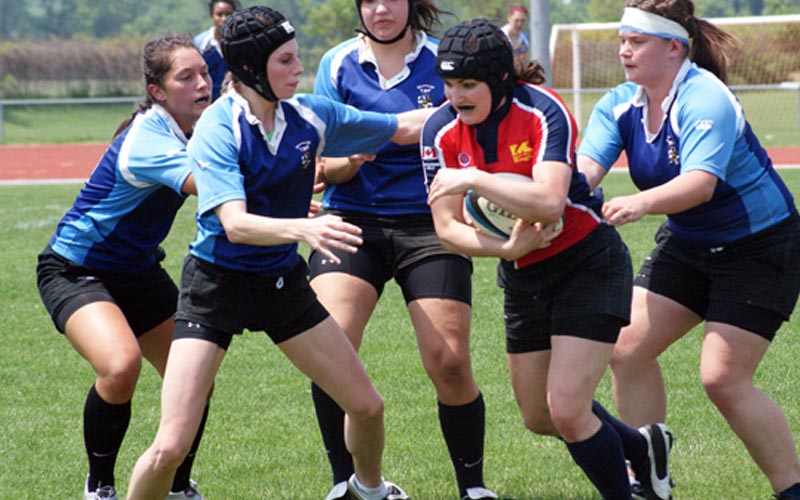 The game of serious team effort and a lot of physical exercises, Rugby was the game that was introduced in England in the 19th century. As time went by, the multiple variations of the game appeared and a huge fanbase is created. Well, for starters, many people have the question ‘How long does a rugby match last?’, the answer is 80 minutes. The game is divided into two parts of 40 minutes each. The game is played between two teams and the team that took the ball to the backline more times than the other team, wins the match.

Well, it’s not that simple. There are multiple rules and regulations that one has to follow in order to play the game. There are certain points given on each move of the team and the team that ends up scoring higher will be declared as the winner. Before going into the variations, we must look at the rules of the game.

How Long Is a Rugby Game?

The duration of the game is set at 80 minutes, where there will be two sets of 40-minute each. It will be the responsibility of the referee to stop the clock at 40-minutes.

The ends will be changed by both the teams after the half, and there will be a 10-minute rest in-between. The referee will whistle on the stop and start of the game each time. The extra time will only be given if it’s on draw on the 80th minute.

There are some rules that are very straightforward whereas you may find some rules to be very tricky to follow.

How scoring is done?

There are 4 ways to score the points in a Rugby game.

This will be awarded to the team when the ball is successfully placed in the opponent’s dead ball area. The move carries 5 points.

This is the bonus 2 points after a try when there is a free-kick. This kick should go through the upper post and top bar of the goal post in order to be successful.

It is awarded to the team in the form of 3 points when the opponent causes any infringement.

The player can score the points when the ball is thrown by the hand and it bounces before getting to someone. The player will be awarded 3 points.

Number and position of players

After all the technicalities and Rugby terms, the question arises of how many players in a rugby team remain where and what their positions are called? A Rugby team consists of 15 players and they are bifurcated into two groups, the forwards and the backs.

There are 8 players in the forwards and the positions are called Hooker, Second Row, Prop, Number 8 and Flanker. The other 7 players are named as Scrum Half, Fly Half, Outside and Inside Center, Full Back, and Wingers.

Players must be equipped with all the gears such as gum shield boots, helmets/head guards, shoulder and shin pads. Also, the team must be in the same jersey.

Some variations of Rugby

There are a lot of variations and types that have appeared in the Rugby game. Some of those variations are mentioned below.

The very common and fun type of Rugby. This is played on a beach or the sand. The rules are almost the same. It is more of a friendly match.

The rules of this type are just like the rules of Rugby Union but there are fewer players and the time is also much less.

Unlike the Rugby Union, in this type, instead of tackling the player, the opponent just has to touch them in order to score the points.

This variant was introduced as a miniature form of Union and is the most suitable form for the children.

Yes, the game is played by each and every one. There is a separate set of rules for this game and is designed by keeping the differently-abled people in mind.

The most rogue of all, this variant is the one that is played in the World Cup in the form of Rugby Union.

Towards the end line…

The game is played and loved by almost everyone. In this article, we tried to sum up everything briefly in order to provide you a bird-eye view of the game. One thing that you must understand that Rugby can get extra time and the longest Rugby game after 80 minutes can get extended in multiples of 5 minutes and it can be repeated until a team scores a goal. As soon as the goal is scored, the team is declared the winner.